Caritas Hellas was one of the participants at the First Global Refugee Forum that took place in Geneva at the United Nations Office. The Forum is a key element of the new Global Compact on Refugees that was affirmed by UN member states in New York in December 2018. Under this Compact, Global Refugee Forums take place every four years, meaning the next is scheduled for late 2023.

This three-day global gathering aims at transforming the way the world responds to refugee situations. The first-ever Global Refugee Forum brought together refugees, heads of state and government, UN leaders, international institutions, development organizations, business leaders and civil society representatives, among others, at the Palais des Nations, the home of the United Nations Office at Geneva. 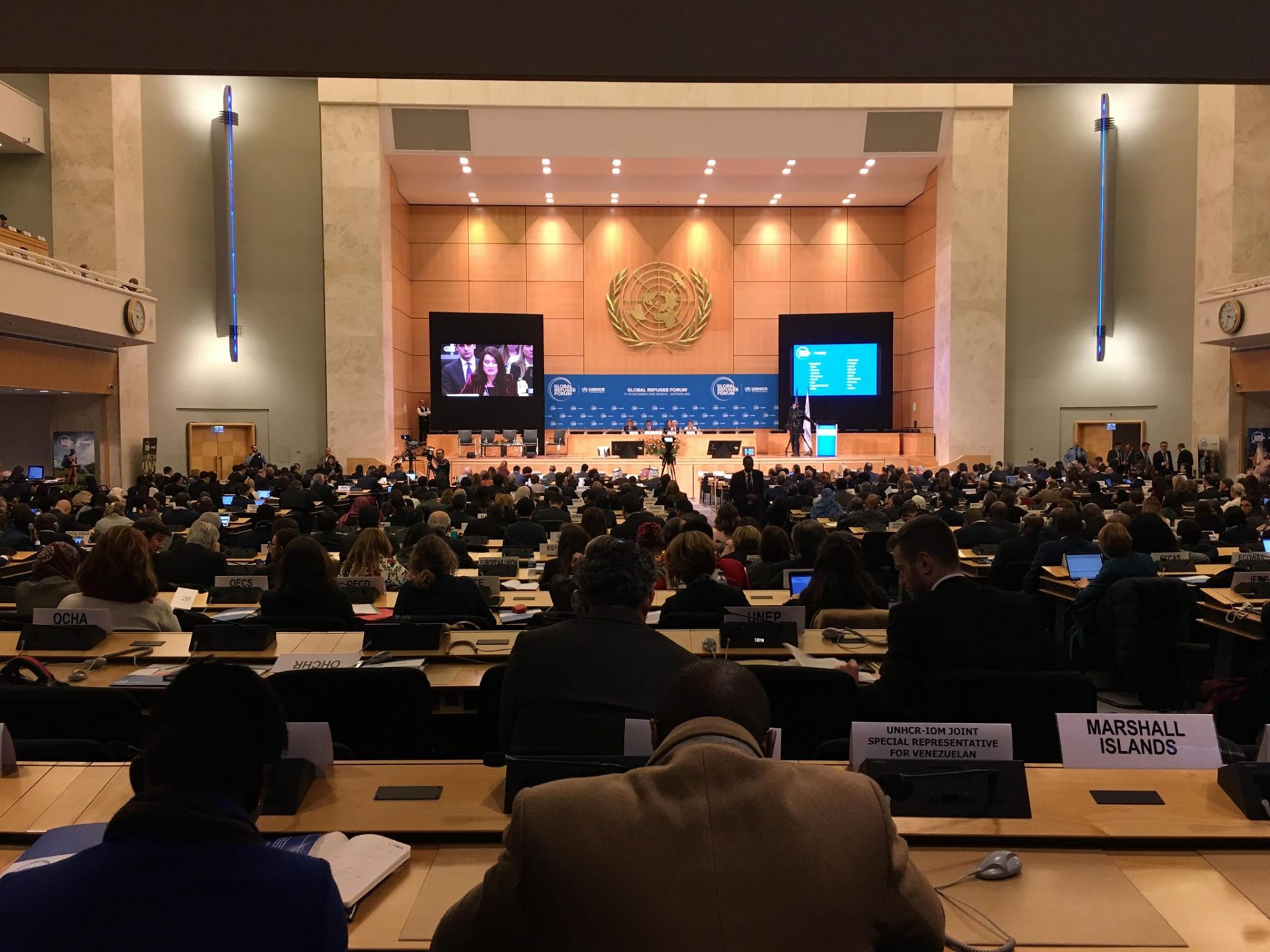 The Forum has had six main areas of focus: Education, work, energy and infrastructure, shared responsibility, protection, and solutions like resettlement. The UN’s refugee agency, UNHCR was overseeing the inaugural Global Refugee Forum – the first since the UN General Assembly adopted the new Global Compact on Refugees in December 2018. Floriana Polito, Human Rights and Humanitarian Affairs Advocacy Officer for Caritas Internationalis, said: “We are proud to pledge support to the Forum and to be able to show the talent, enthusiasm and capability of migrants and refugees who our Caritas members work with. The Forum is also an opportunity for countries to come together at Ministerial level to announce new measures to ease pressure on host countries and boost refugees’ self-reliance”.

Caritas showcased its ongoing Share the Journey campaign on behalf of migrants and refugees, as its pledge in support of the inaugural Global Refugee Forum. This particular campaign is used as a fundamental instrument for integrating and empowering refugees, with a particular emphasis on highlighting culture as the main mean in this direction. Caritas Internationalis chose particular member of the Caritas Family to present their work at the sector of integration and empowerment of refugees. Caritas Hellas was chosen by Caritas Internationalis to showcase its work at the side event of the Refugee Forum on the 16th of December. In particular the acting group of Metavasis Project (Social Center at Neos Kosmos) was included as a best practice in the context of the Global Compact on Refugees and the Global Refugee Forum, with its Odyssey play. The event also focused its attention on Caritas Internationalis’ Share the Journey campaign, which strives to create places of encounter between migrants and local communities. The campaign was launched by Pope Francis on 27 September 2017. It involves Caritas member organizations around the world, local communities, Bishops’ Conferences, and faith-based organizations. 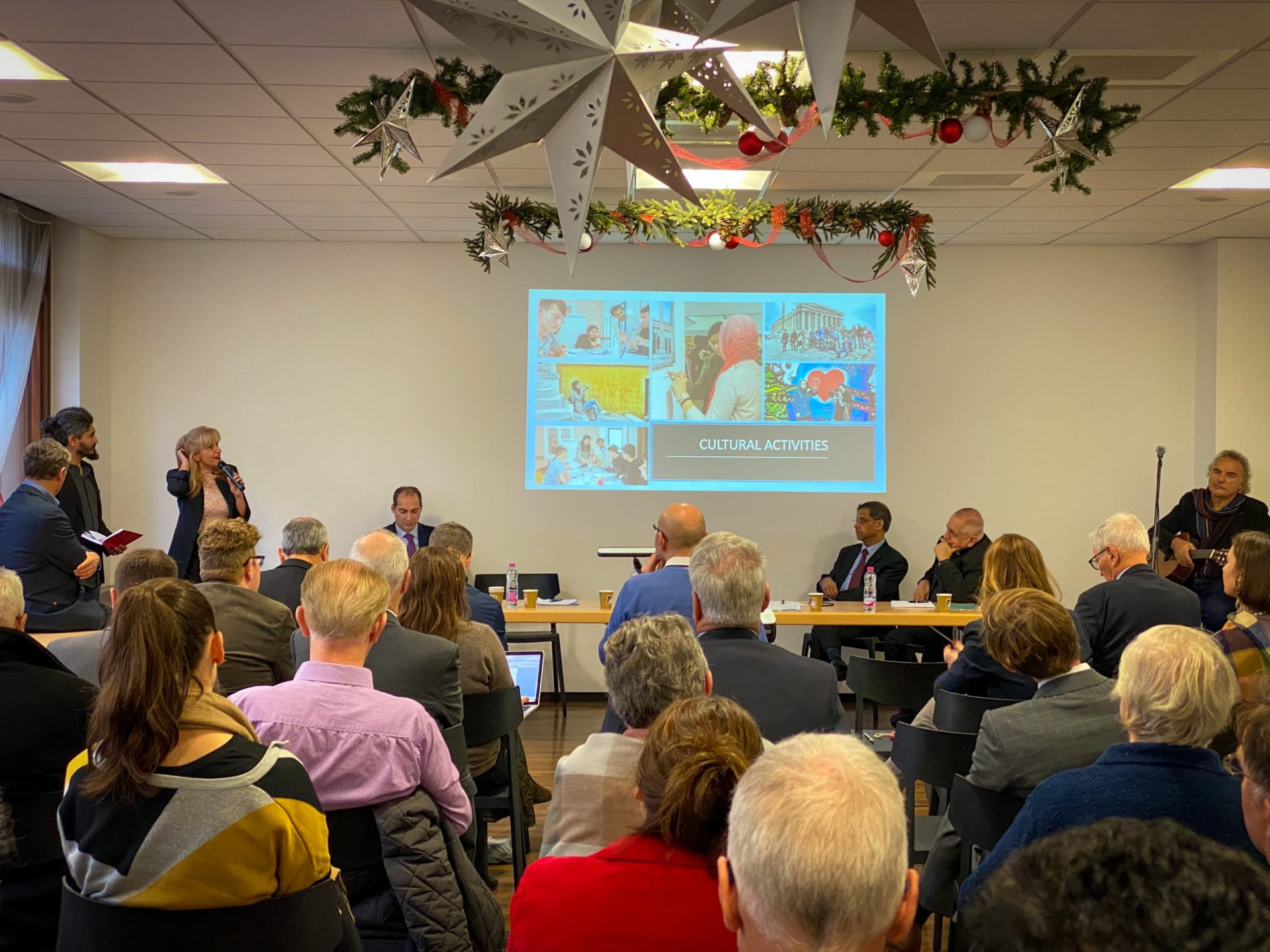 Caritas Internationalis’ Secretary General Aloysius John, opened the side event with Caritas partners on the theme of “Faith-based action for scaling up a culture of encounter with people seeking refuge”. “As faith-based organizations, our primary duty is to be the voice of the voiceless and to restore hope and dignity,” he said.” Together we can mobilize governments, decision-makers and religious communities to make commitments that help migrants and refugees become part of their new societies. 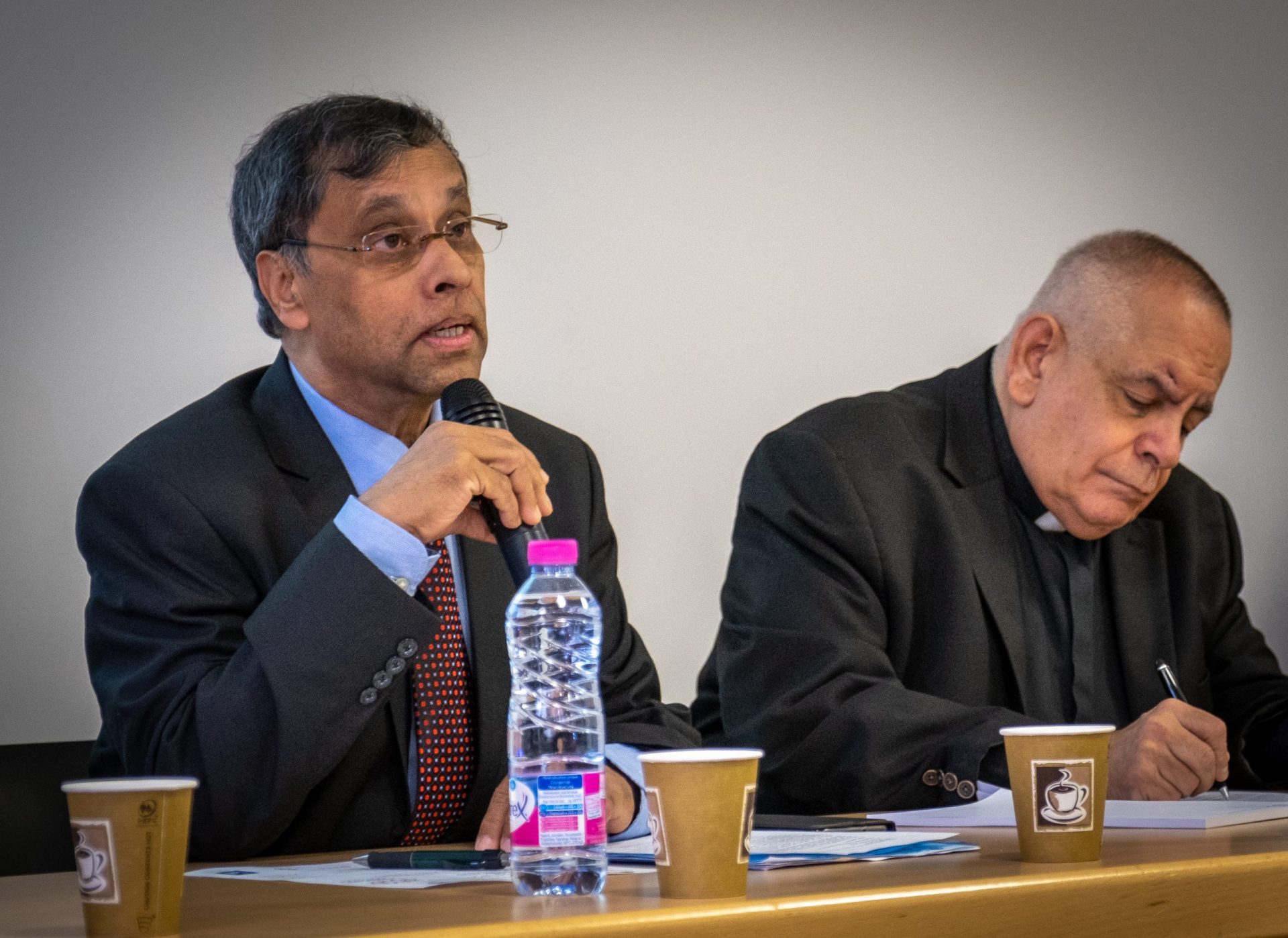 Caritas Hellas was represented by Anastasia Spilipoulou who is the Project Manager of Metavasis Project. She presented the work of the organization during the refugee crisis over the past years and also the methodology of the acting group and Christy Tsantioti from the Communication Department of Caritas Hellas. Furthermore, Chalil Alizada, who is not only interpreter/cultural mediator and director of the acting group , but a refugee himself , spoke about his experience with the young refugees and also expressed his view about immigration. “When I first came to Greece one of the first meals I ate was in Caritas and now I am working in Caritas Hellas. You never know how life changes. So now  I am here to help the young refugees of the acting group of the Caritas Social Center at Neos Kosmos.

In this group I’ve noticed people changing and improving their lives. Their involvement with the theater helped them find a job, enrol in Greek schools. I will never forget the faces of my students at that time. Faces of happiness, dignity and power.  For those faces we work every day at Caritas Hellas’’ 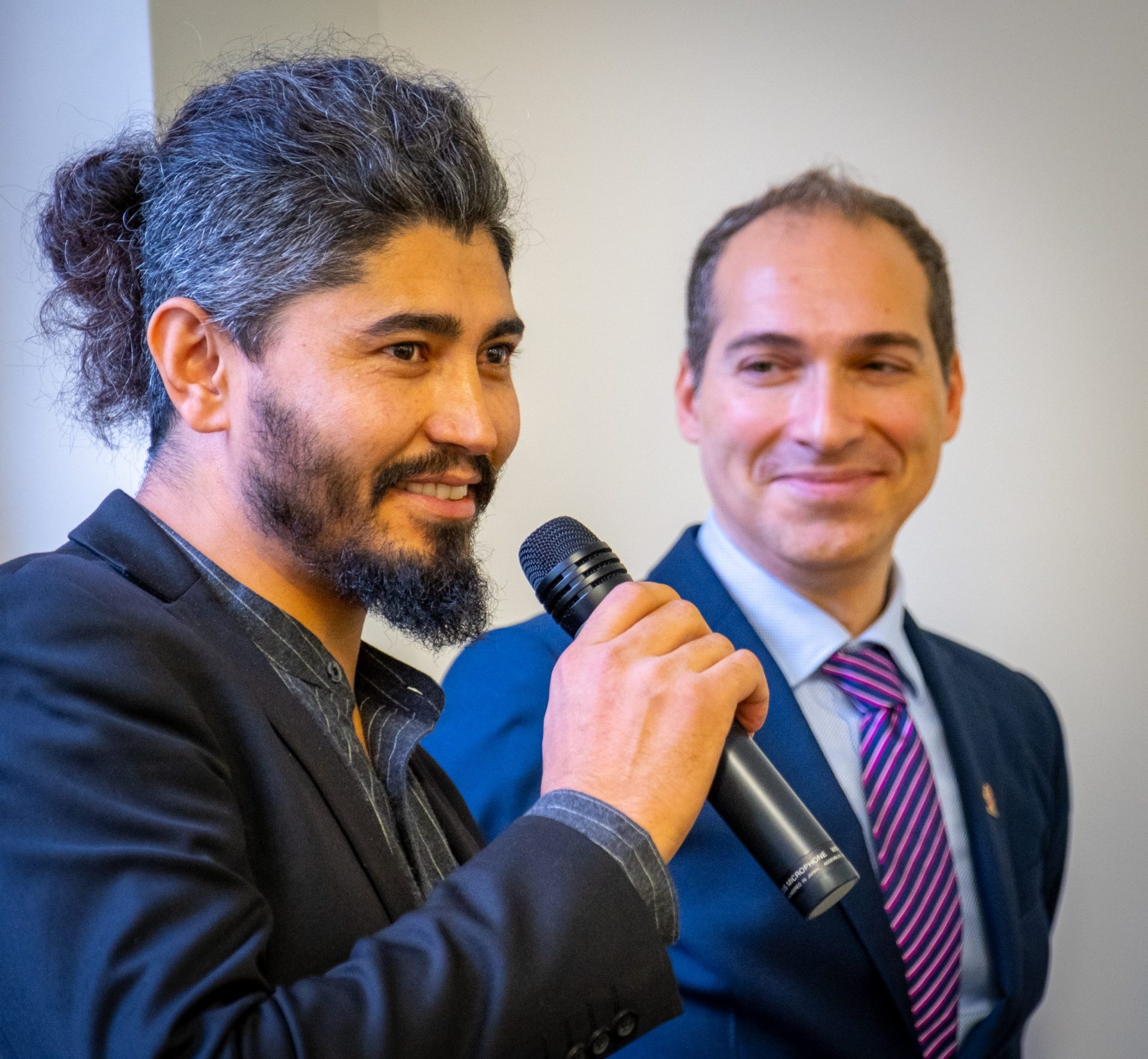 The video of the Odyssey play and the presentation of the methodology that has been followed for two years by all actors in the acting group have received highly praised comments from the audience and have been described as an exemplary way of approaching young refugees. The methodology followed by Caritas Hellas was analyzed in detail and submitted a few days before the UNHCR Forum to be included as a best practice in the  UN’s homonymous list. The acting group’s methodology will also be incorporated into the UNHCR platform of good practice. 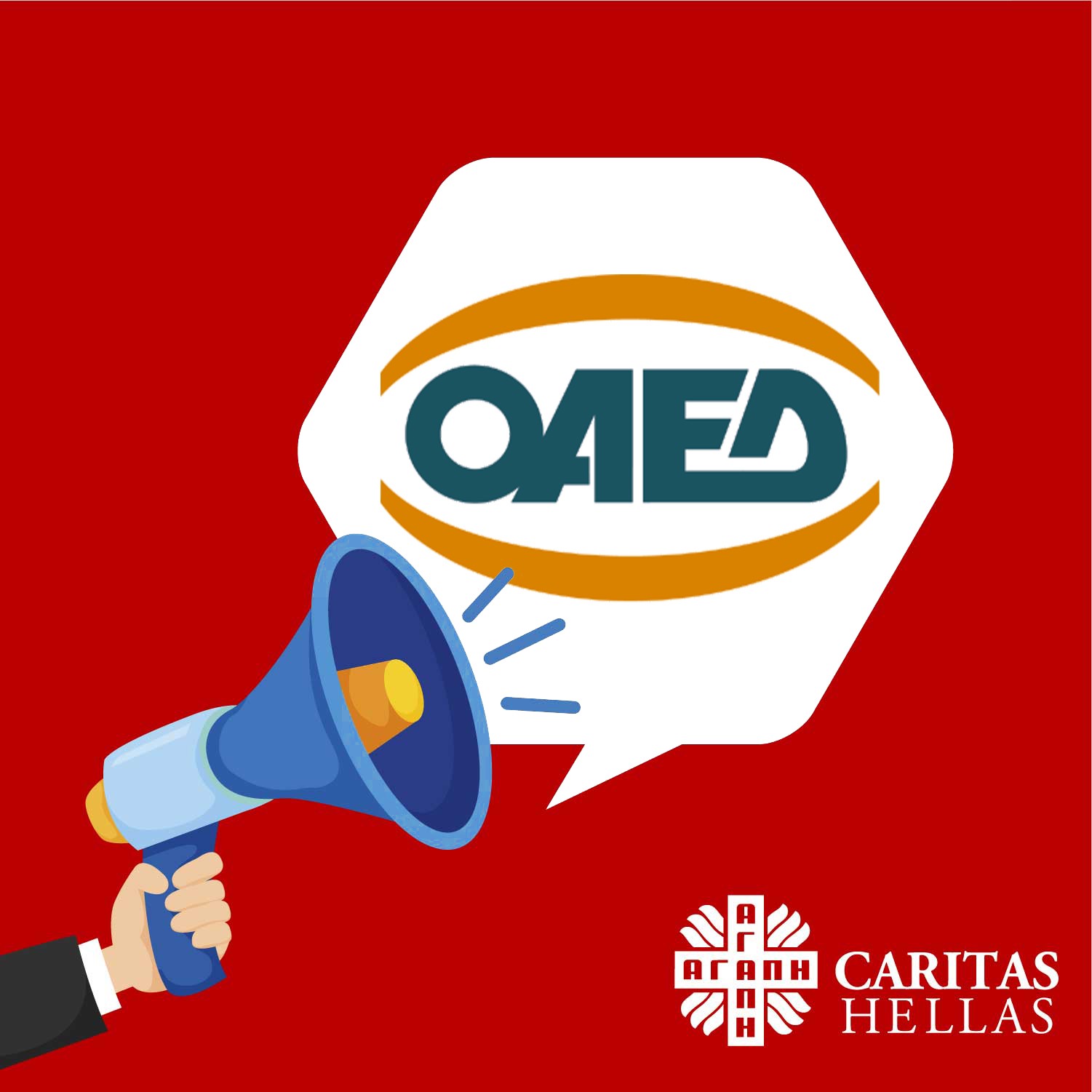 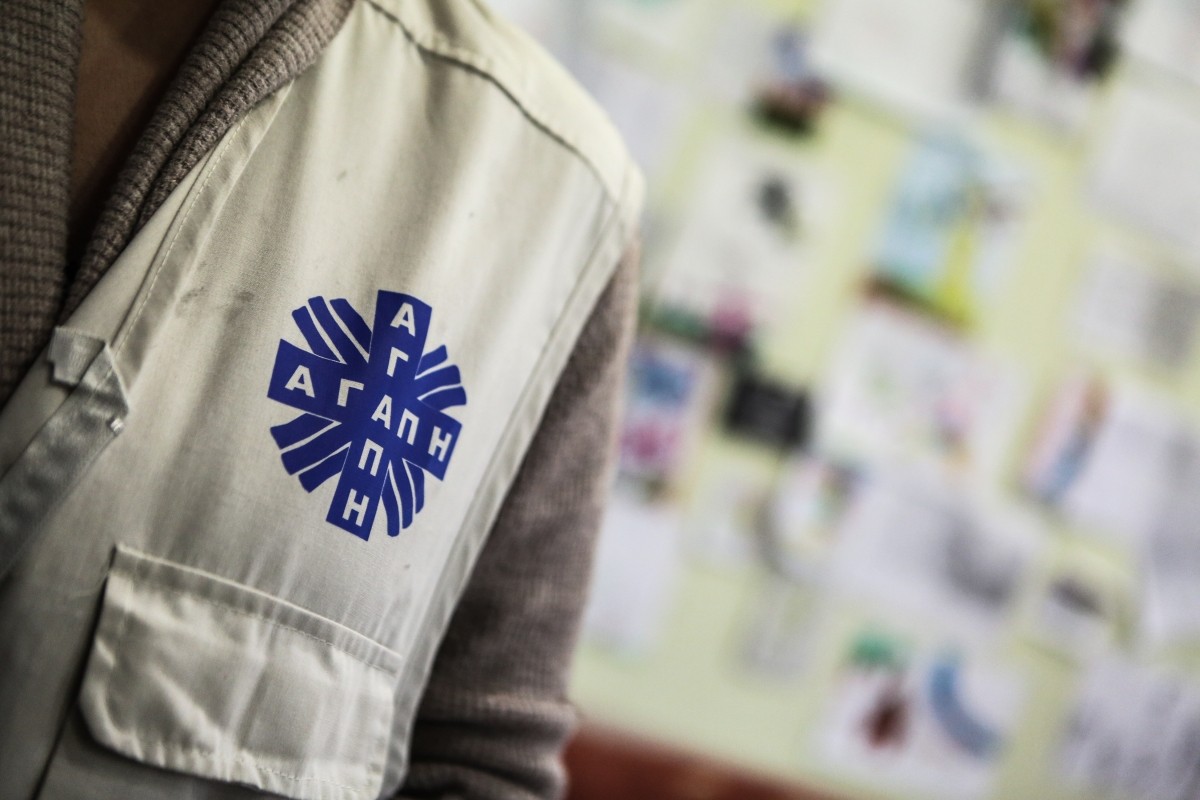 Covid19 – The team of Caritas Hellas on Chios Island #Stay_Home. For the protection and wellbeing of everyone!(Eng,Fr,Far,Ar) 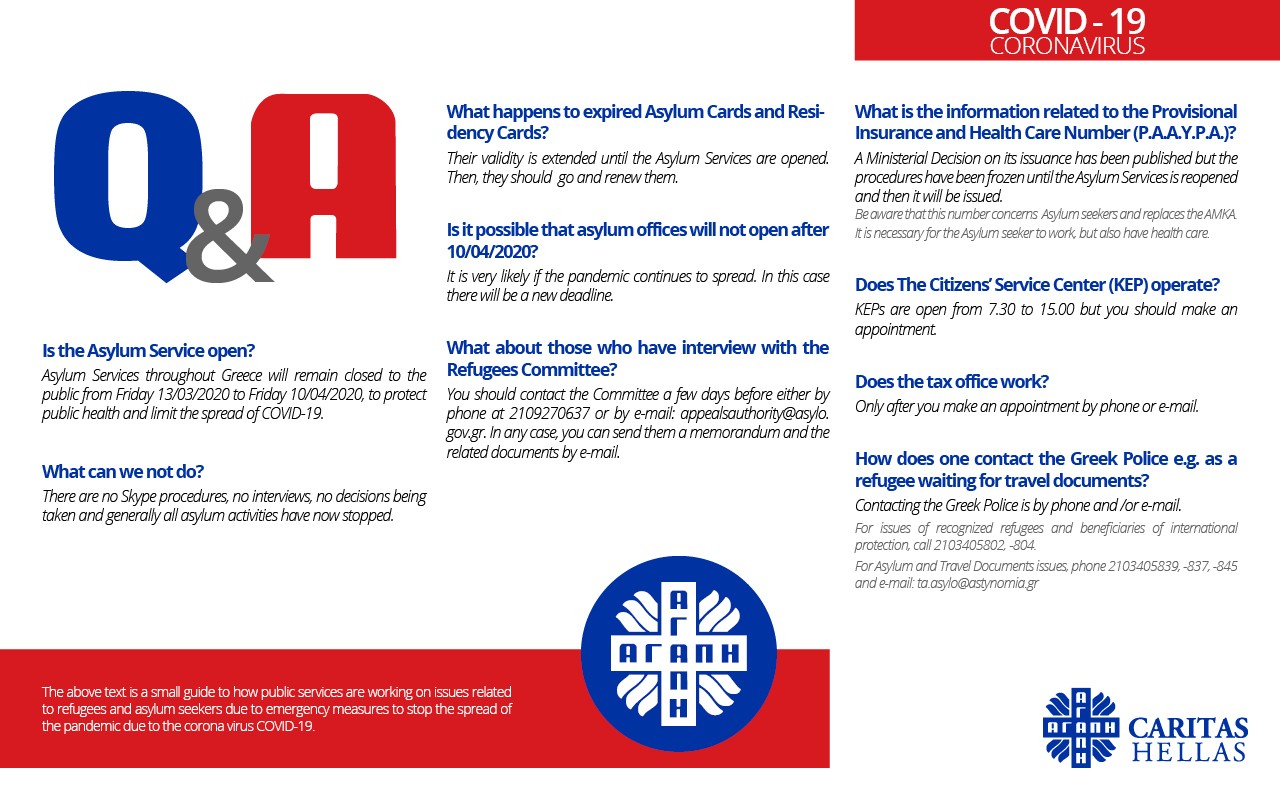